A downloadable game for Windows, macOS, and Linux

Christmas Otome is the sequel to Valentines Otome and the third entry in the "Holiday Otome" series.

With graduation drawing near and Emma's relationship getting serious, Maia starts to wonder about her future. Should she listen to her parents and return home or try to make it here in the city? A chance encounter leaves her with just a couple months to melt a frozen heart but can this super serious girl do it?

So, when is the full version coming out?

can't wait for the full release . already in love with everything about this game

I loved The Halloween Otome, and I liked The Valentine Otome well enough... but playing this, I'm really wondering. Is this a romance series, or is it some drama about Osiria's family? Because it keeps getting advertised as the first, but both Valentine's and this one feels like the second. I don't have a problem with Osiria and the side characters, but it would be more effective for them to have their own darn game instead of constantly hijacking this one when I'm trying to play a romance otome.

Edit: I just realized that the LIs are all blonds and I can't stop smiling and laughing.

edit:played the demo and i LOVE IT great work as always though there's something that's been bothering me ..would choosing emma's partner before the start of the game only include the count and not the other routes in the finished game ? Σ(ＴωＴ) also is 'valentine otome's routes irrelevant to this one ? (。ヘ°) hmmmmm welp ٩(๑`н´๑)۶gotta hand it to synokoria to make me use my brain and speculate this much all cuz i love these games of theirs so much (♡ >ω< ♡)

The choice of Emma's partner is because of a change to her sprite that only occurs in the version where she ended up with The Count. The previous girls' partners are not as relevant in this game because Maia isn't as close to them.

i see! thank you so much for your hard workヽ(o♡o)/ i'm looking forward to see more of it♡＾▽＾♡ also i'm sorry for the late replay |_-｡)

please do your best but don't bush yourself!(✿◠‿◠)

I have played your other games and have been very pleased with both. I truly can not wait until this game is finished so that I have the chance to play it through and review it! Keep up the great work!

When will it be released?

they're all blondes criess maia really likes blonde i can't

Ohhhhhh I love this

I told myself I wouldn't fall for the teacher since that was strange but...agh I just love him. It's too bad he rejected her the first time, but at least it was sensible. Honestly, if I were a teacher I wouldn't have known how to respond other than the way Liam did.  I did notice a bit of typos, but I'm sure y'all will fix that. Honestly, I've been waiting so lon for a new game from you guys, and I'm so excited to play the full thing when it's released!

I LOVED IT! I'm completely in love with Garret, to be honest. I hated the way Liam treated Maia, though, he could have rejected her gently. That was so harsh, so cold, ugh. Maia is adorable and her friendship with Siri is <3 Is there a release date already? This demo made me want to play Valentine's Otome again. I miss Mira!

Even though I don't think any MC will ever be after my heart like Mina, I just had to come here to spread the word:

*~Mikhail is a fucking angel and must be protected~*

Thank you for creating him and now I just can't handle the wait for the full release HAHAHA BTW any ETA on it? G-G

Gosh, I really am excited for this one too. Honestly, the depth y'all give to the MC's of each game is really wonderful, and though Mira will probably remain my favourite protagonist, it's really nice seeing there's much more to Maia than what we saw previously. The guys seem intriguing as well - it's quite nice how different and well, human, each character is, especially when you've already done two other full games with side characters, and everyone having their own worries and motivations is amazing.

I do wonder about our fourth mystery person, though, what with the last Dreamscape and the slightly different coloured ice (which is a really nice feature, although not too apparent as I only noticed that you could click on the bracelet on the very last day.)

A few typos/things I noticed along the way:

Park intro - "Walking with no goal in mind and letting my thoughts wonder..." - "wonder" should be wander"

"Students student" - as mentioned by another commenter?

"I think what miss Cosgrove is trying to say is that she's not dressed for the water." - "miss" isn't capitalized

Game scene: "//Sure//" - The in-game text doesn't pop up until after Maia has her inner monologue. The Obsidian text and RedPersephone text also pop-up both at once directly after that. (If you don't watch the Dreamscape first and choose to game instead on Monday the 15th)

Anyhow, thank you so much for releasing the demo, and hope y'all have a Happy New Year!

*screams* Was waiting for this since Halloween Otome!

I am way too excited about this. I adored the first games so much, I know I am going to adore this one. I am excited to replay this one way too many times just like the others.

Fabulous Christmas present! Loved it because:
* love interests are very charming, all of them (though I'm still in doubt whether I like Liam or Garret more :D)
* Maia is very cool: serious, sweet and likes tech stuff (so heartwarming to enjoy the tale of fellow girl from CS ^_^)
* these new mechanics are great: useful and add this mystical vibe

Great job! (well, as expected - all the Holiday games are awesome)

Well. hello third game from the series! Super hyped about that one since your games were always close to my heart and made me fell in love with otomes and VN! ( and I share a name with MC so double hype XD) I will wait 39842 years if i have for this so take time ^^

Amazing as always! A few text errors like at the university it says "students student" when I think it was supposed to say "students studying".  However, will always love your games! Super excited for the whole game to come out!

Ah well, that's why we go through proper proof reading and beta testing stages for the full releases.

so when is the hopeful release date? I love these games, I'm glad you are making more :)

We're terrible with sticking to release dates so we'd rather not say.

I was waiting for this game since i had played Valentine's otome .. i am excited i love ur games

This is so nice ! I love Maia already, she's a really cool protagonist and I like how level-headed she is. I love all of the guys too (especially Garret). And I'm definitely looking forward for the full game after reading up on each guy's storyline. I'm seeing some possible hints of who's going to be paired with Osiria too, which is nice (and Varan finally has his own sprite. Will Cody have one too?)

As for some things... it seems like the Cosgroves can get caught in the middle of trouble because of the guys they end up dating. However, I hope nothing too bad happens. Anyways, I have a question, is it possible for Mick to visit the hospital as well? (or did I just not manage to experiment well enough to get him to go?) Ah, well, that's all for now.

Looking forward to the full game and thank you so much for Christmas Otome!

Mick can visit the hospital as well - if he's been defrosted enough.

Try making other choices and buying some items from the shop because some can unlock additional scenes.

Thanks for replying! I did get around it too :D and he's so adorable :D Does buying some items affect the other guys too? Or just Mick?

Garret and Liam have scenes unlocked by items too but none of the items tied to Garret's are available to buy in the demo. As for Liam, the available snacks unlock scenes for him but thanks to his job they can only be seen on weekends.

All 3 guy's have additional scenes tied to items that are not available in the demo.

I see xD Thank you so much for replying. Will try out the items with Liam now xD

A fantastic Christmas present! The demo is so enjoyable, I'm even more excited for the full game ^.^

i knew this would come cause when you did Mira it came so well cause it matched her personality, please do Thanksgiving!

We have no plans for a Thanksgiving game but we are planning another Holiday Otome game.

idk which holiday could be next

Thank you for fixing the glitch! I need to know, is there a guide for the love interest ? Or is going to be released after the game is completed ? (sorry for my english-)

We'll have a guide for the full game. Experimenting and making your own choices is encouraged for the demo.

I also experienced a similar error as weregoingkokobop but on Windows here. For me it popped up during the Hospital scene where she goes to the vending machine. Clicking ignore several times will result in the game continuing at Joseph'S so not sure how much is actually missed between the two points.

Otherwise no other problems and played through the demo. Liking it so far even if the awkward factor of the Teacher reaction had me cringing. Poor Maia.

Can't wait to see it finished.

Glad to hear that you're liking it.

The scene isn't that big, but the demo has been updated if you want to download and see what you missed thanks to the error.

I'l have to check it out just to see. =D

Looking forward to the full release!

So, it seems in my excitement to get out a release for Christmas, I accidentally misplaced a BG while building the Demo >_>
The Demo has been updated to 1.0.1 to fix this. 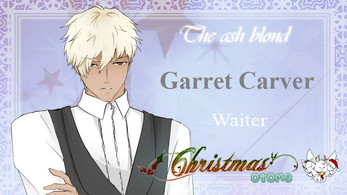 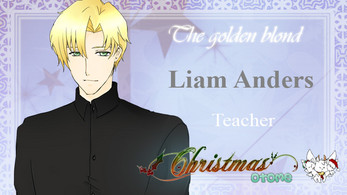 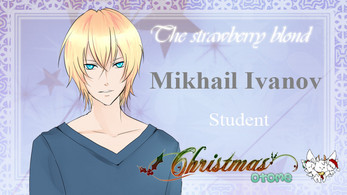 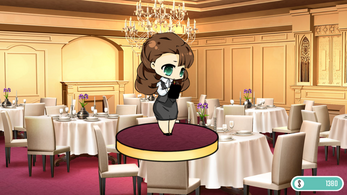